Donate and stay in touch

This program is supported in part by a grant from the Cambridge Arts Council, a local agency supported by the Massachusetts Cultural Council.

Zoe Dance (in it’s 10th season) will be presenting “Past is Prelude” using video projection, recorded video, live video feed and a black voile scrim. “Past is Prelude” explores the many facets of memory and its role on the individual, society and within human history. All of this played out within 50 minutes to allow for a “night out” experience for the audience (i.e. dinner, dancing, etc.). The four performers will interact with a combination of a live camera, pre-recorded video, and of course each other in an effort to induce the audiences sense of memory.  Memory, in this sense, is relating to the nebulous images and sensations that visit us from our childhood or recent events.  But also there is an awareness of the memory of humanity and human history.  Destruction, love, peace are all cyclical in thier timing.  And as many times they are repeated, we say to ourselves, “we learned our lesson here and will/won’t do that again”.

“Past is Prelude” blends together the artistry of the performers in some set and some improvisational scores, video projection on a scrim that is placed in front of them and their own experiences with the individual as well as universal theme of memory.

Zoé Dance:
Zoé Dance has presented its work since 2002 in various venues and performance opportunities around Boston and internationally such as: World Music/CRASH Arts’ “Ten’s the Limit” (2005 and 2007), ArtBeat 2004 and 2009, “Virgin”, produced by the Dance Renewal Project, Harvard Square’s “May Fair” 2004, with the Choreographers Group 2004, Earth Dance’s Outdoor Performance Festival 2003, Corporación Cultural de Las Condes (Santiago, Chile) 2007, Boston Center for the Arts’ Mils Gallery as a featured artist of the Movement at the Mills residency. Zoe has also presented its work in self produced concerts: at the Dance Complex, Cambridge Multicultural Arts Center and Tower Auditorium at Massachuestts College of Art, the Boston Common, Union Square Plaza, and Green Street Studios. Zoé Dance was awarded a project grant from the Somerville Arts Council (2010) and was a finalist for the Boston Dance Alliance’s Rehearsal and Retreat Fellowship (2009). 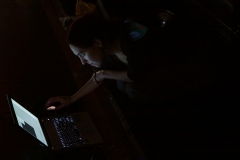 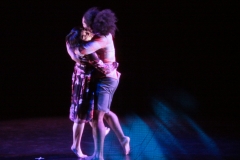